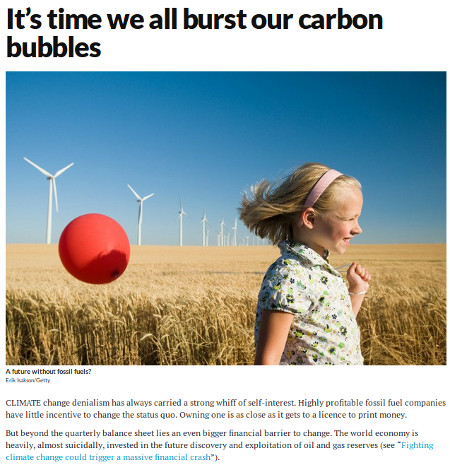 "It's time we all burst our carbon bubbles" declared New Scientist magazine in a leader published on 5 July, extolling the virtues of divesting one's current account, pension etc. from fossil fuels. We couldn't agree more. And so we'd suggest that New Scientist puts its money where its mouth is, and breaks sponsorship ties with Shell.

The annual exhibition 'New Scientist Live', taking place this autumn, sees Shell returning as a sponsor. And not just any sponsor. Shell's logo will be splashed all over the 'Earth Zone' covering life on earth and indeed climate change. In one sense it is extremely appropriate for the issue of climate change to be sponsored by Shell (see also the proposal that hurricanes should be named after fossil fuel companies).

But Shell's business model is contributing directly to a shocking decline in the biodiversity that the 'Earth Zone' is celebrating. A recent in-depth study by investors Schroder looked at the different elements that need to change if we are to avoid catastrophic climate change. The overall conclusion is clear - climate change is accelerating and we are on course to blow our 2C budget soon (let alone the aim of keeping temperature rise to a less dangerous 1C). What was also illuminating in the report was the difference between the elements. For example, renewable capacity has been increasing, but not fast enough: it is on a trajectory consistent with a 3.1C increase, electric vehicle progress is less positive on a 4.1C trajectory. Coal burning is falling so there's a more positive message there: it's consistent with keeping to 2.2C. Oil and gas production however is rated as on track for a 7.8C temperature increase.

We expect that visitors to New Scientist Live will learn about Shell's investment in green energy (one percent of its total business). Shell also likes to highlight its work on energy efficiency. One thing that will probably not be highlighted is that at Shell's recent AGM, a motion was rejected to set emissions targets in line with the Paris climate agreement, with the board arguing that this was "not in the best interests of the company". 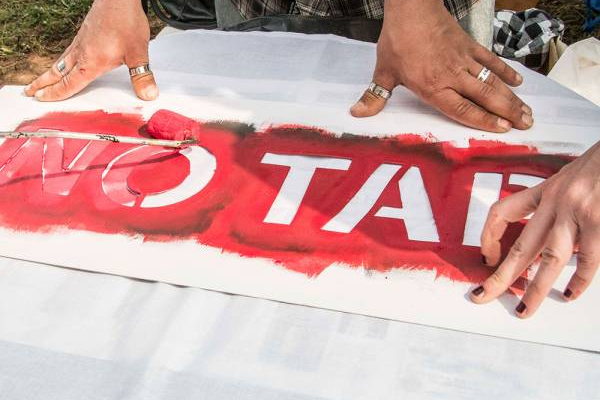 Tell the European Commission and European public banks to pull support from the TAP, which would wreck the EU's climate targets. Sign here

The Trans Adriatic Pipeline (TAP) is a gas pipeline that is scheduled to be built as part of a larger chain called the Southern Gas Corridor. The pipeline aims to connect gas fields in the Caspian Sea and the Middle East to Europe, under an initiative to reduce dependence on Russian gas. The Corridor itself also consists of the Trans-Anatolian Pipeline through Turkey and the South Caucasus Pipeline extension through Azerbaijan and Georgia. Scheduled for operation from 2020, these pipelines would pump 10 billion cubic metres of gas from Azerbaijan to Europe, and 6 billion cubic metres of gas to Turkey, every year. This pipeline would destroy Europe’s climate targets, increase energy dependence on oppressive political regimes, divert billions in funding away from democratic renewable energy solutions and have unacceptable impacts on the communities in its path.

But hot weather can also be dangerous, even in the UK, with older people the most vulnerable. At the moment there are 2000 excess deaths attributed to summer heat each year. One study estimated that on current trends this would rise to 12,500 by 2080.

And there are parts of the world where extreme heat is even more lethal.