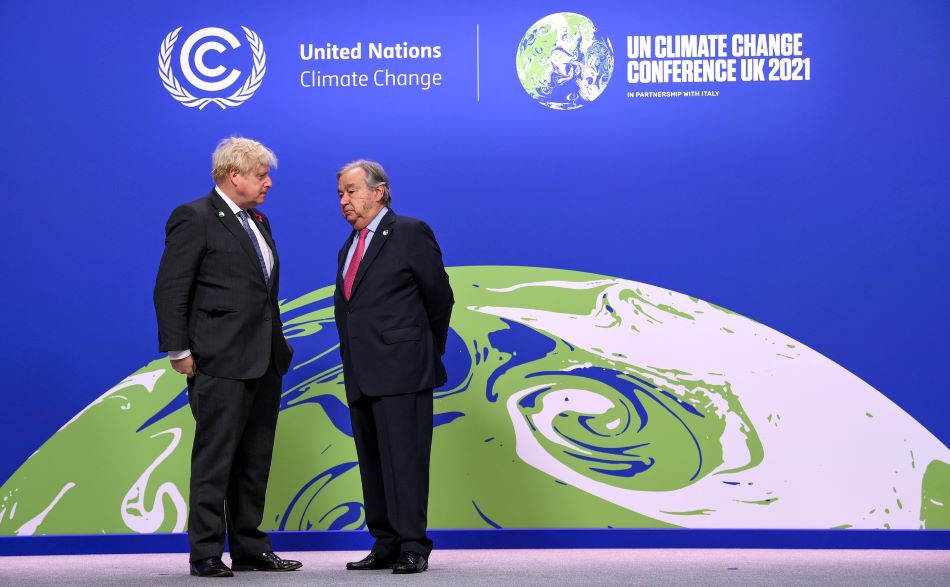 The short answers to these questions are simple: in the face of escalating climate breakdown, COP26 did little to shift our trajectory away from catastrophe, away from business-as-usual and towards curbing fossil fuel use. Rich countries have refused to step up and meet their obligations to those who have least to cause the climate crisis.

In the words of Greta Thunberg, more “blah, blah, blah”.

And as for what comes next, of course we go on fighting to keep the chance of staying beneath 1.5C alive.

The long version? After two weeks with a flurry of announcements, greenwash, struggles over seemingly minor details of text, and anger from civl society massed on the streets of Glasgow, it’s worth unpacking some of the details of what was really agreed, or not. How does the jargon translate into real world outcomes, literally of life and death? In these details we can see beneath the media spin and glossy announcements the brutal realities of power, money, and neocolonialism.

As the window of opportunity is closing to stay within 1.5C heating and avoid the worst climate catastrophe, where are we left as COP26 ends?

Under the Paris climate deal, nations had to submit updated voluntary commitments to climate action (known as nationally determined contributions or NDCs) before the talks. Unsurprisingly, these are generally lacking in substance or urgency. Many lack clear deliver plans and delay meaningful change until after 2030. Climate Action Tracker’s useful analysis finds that even with all new pledges for 2030, we will still emit roughly twice as much in 2030 as required for 1.5C.

They estimate if all current pledges for emissions cuts by 2030 are met, this gives only a 50% chance of staying below 2.4C.

Of course 1.5C itself is no ‘safe level’. Many areas have already experienced devastating wildfires, floods, hurricanes and heatwaves at 1.1C. These, in combination with longer-term impacts such as drought, disproportionately affect countries who have done least to cause the problem and have fewest resources to deal with them. 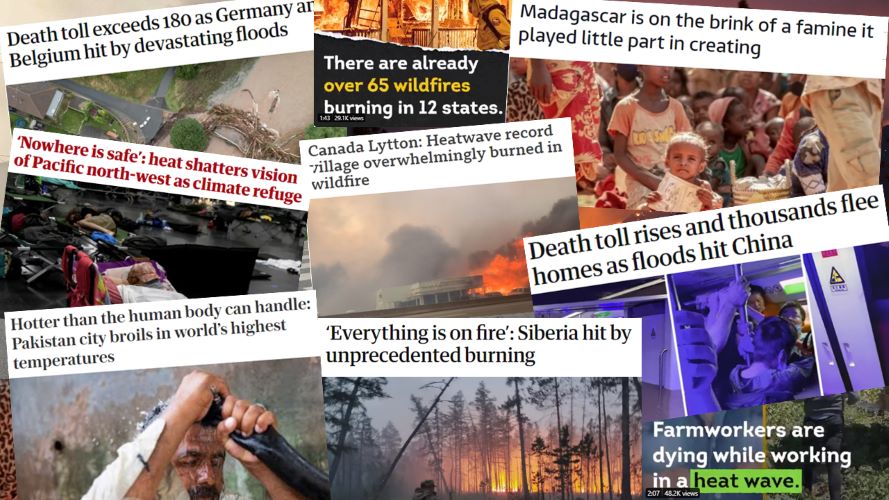 It's never been clearer that the climate crisis is here now. Below are news stories from just the past month describing extreme weather events and catastrophes from around the world. UPDATED 28 July

Some events are so extreme they could have not have occurred without climate breakdown, in other regions there is a trend of increasing frequency/severity. These events, alongside much worse predictions by scientists, should be enough to push world leaders into action on climate. But at best we see only half-measures and delay. Less than 100 days remain until the COP26 summit, and the UK government is issuing new oil drilling licences while ignoring the gap between its emissions targets and a lack of policies to meet them. We have to speak out and ensure the voices of those on the front lines of climate change are heard.

Madagascar is on the brink of a famine it played little part in creating. In Southern Madagascar, a four-year drought and vicious sandstorms have destroyed crops and turned arable land to desert. As many as 500,000 are nearing starvation.

‘Nowhere is safe’: heat shatters vision of Pacific north-west as climate refuge. A 'heat dome' brought unprecedented heat to the US Pacific north-west and western Canada. Known for mild summers, cities were unprepared for record temperatures of up to 42.2C (Seattle) and 46.7C (Portland, Oregon). Some inland areas managed to get up to 118F (47.8C). Hospitals suddenly found themselves overwhelmed, with several hundred people believed to have died in the heat. The town of Lytton shattered the previous heat record for Canada (45C), reaching 49.5C before residents fled a devastating wildfire, which destroyed large parts of the town. Temperature records are usually broken by fractions of degrees.

It's not a good look for a country claiming to be a climate leader to be providing massive financial support for fossil fuel projects abroad. Last summer it was revealed that the UK government’s foreign credit agency, UK Export Finance (UKEF) with a history of backing fossil fuel projects will underwrite oil company Total's exploitation of Mozambique's gas reserves with loans and guarantees worth over one billion dollars. As well as climate pollution, this fossil fuel megaproject has also caused forcible evictions of thousands already and threatens local ecosystems.

But it appears that UK Export Finance, the UK's biggest funder of overseas fossil fuels, is still considering applications from at least 17 projects, including the gigantic East Africa Crude Oil Pipeline, which it could try to fund before the ban comes into place.

Our friends at Global Justice Now have set up a simple online action to allow you to respond to the government consultation and call for the ban to be:

- Not allowing exemptions for gas, carbon capture and storage (CCS) or for any hydrogen produced using fossil fuels.

And that UK institutions and institutions in receipt of UK ODA should divest from their fossil fuel investments on the earliest possible time frame.

The deadline for responding to the consultation is Monday 8th February