Trump: disaster for the planet - Time to Act

Not just in the US, but around the world, there has been consternation at the prospect of President Donald Trump and an administration rooted in climate denial, white supremacy, corporate ownership of politics, state violence and misogyny. He has already announced his intention to slash NASA's climate science research and appointed a climate denier, Myron Ebell, to head up the transition at the Environmental Protection Agency.

“It's not just whether he officially pulls the US out of the Paris climate agreement,” said Claire James of the Campaign against Climate Change. “We know that to have any chance of keeping within the limits agreed and avoiding catastrophic climate change, we have to keep fossil fuels in the ground. His plans to fast-track new pipelines and other fossil fuel projects will be a disaster for the climate.”

“People around the world are watching,” said Jennifer Huseman, of the Sacred Stone Camp UK Solidarity Network. “While we are concerned about what Trump may do, right now these human rights abuses are happening under Obama's administration. Today marks the beginning of a global call to action calling on President Obama’s to halt the Dakota Access Pipeline make it clear these fossil fuel pipelines that threaten the rights of indigenous peoples - and our very existence - are not acceptable.”

Trump's election has made it even more important that governments around the world stand strong on climate action. As climate justice groups made clear at the recent international negotiations in Marrakech: “Donald Trump is the face of the broken economic system that has caused climate change —the concentration of wealth, lobbyists and corporate interests... We are determined not to allow our governments to normalise or accept such a destructive- agenda.”

Suzanne Jeffery from the Campaign against Climate Change added “This is a global struggle and the UK must play its part, standing against climate denial. Backtracking on our own commitments – by expanding aviation, or forcing fracking on communities here – is unacceptable.” 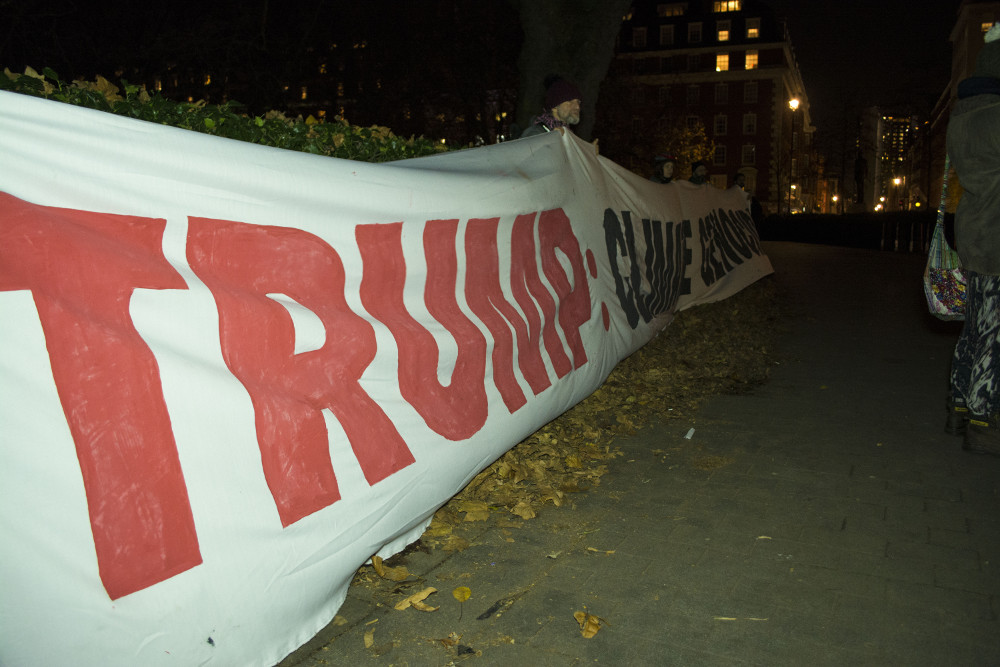 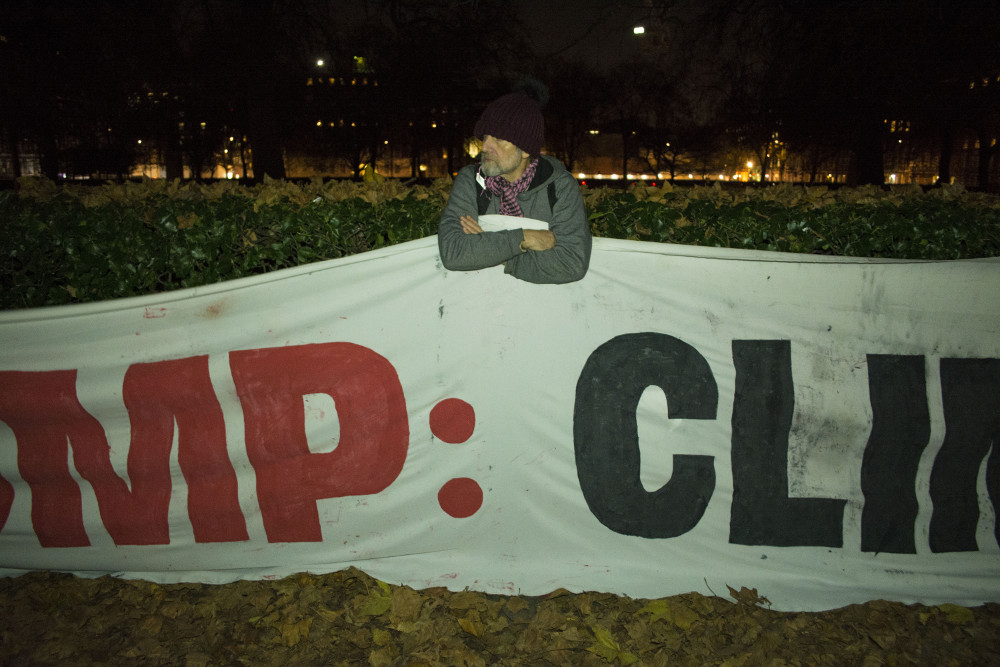 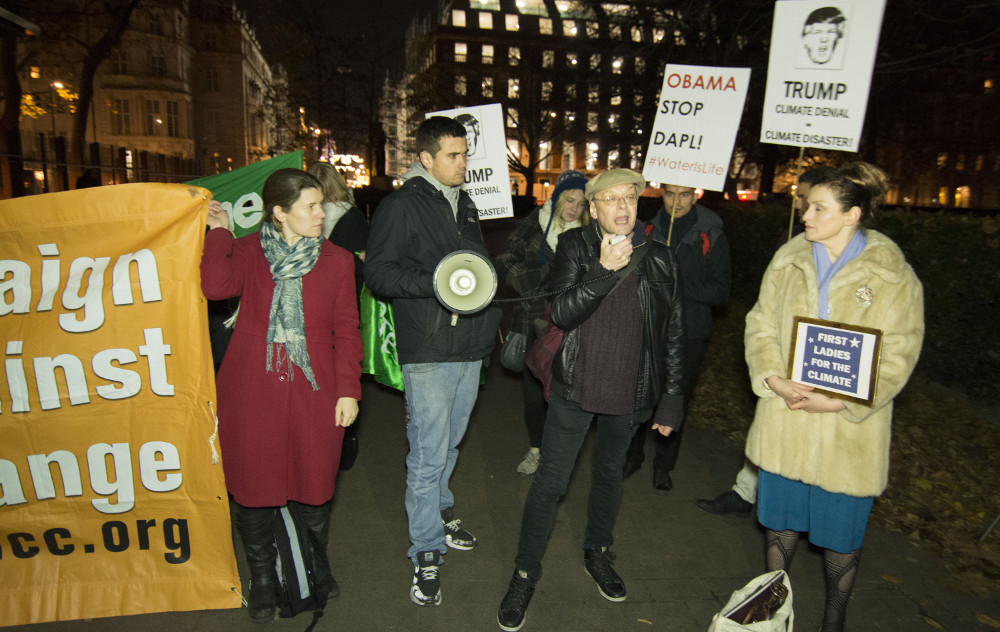 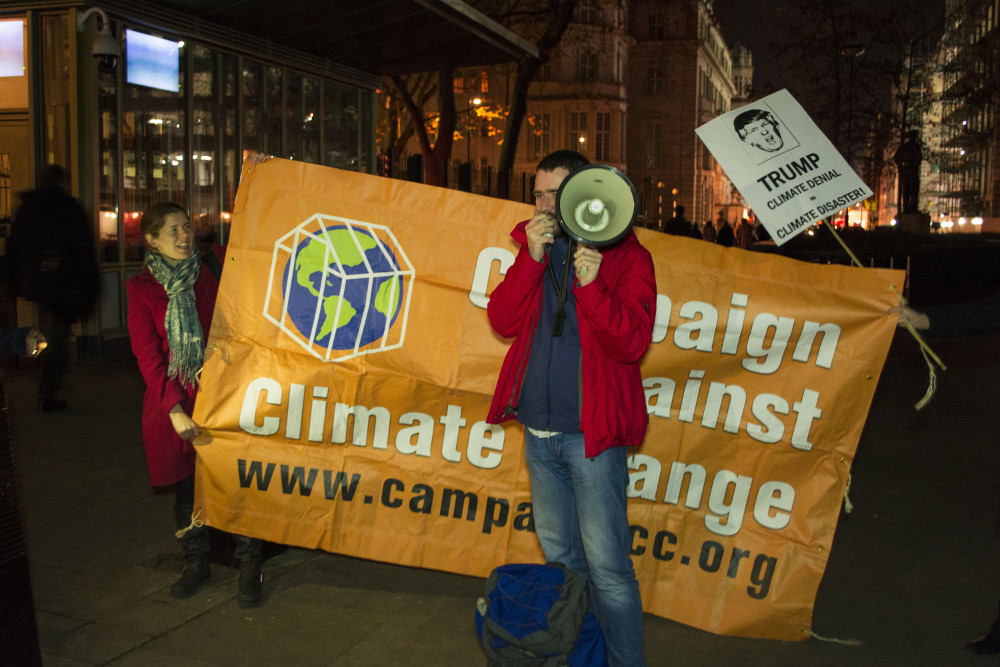 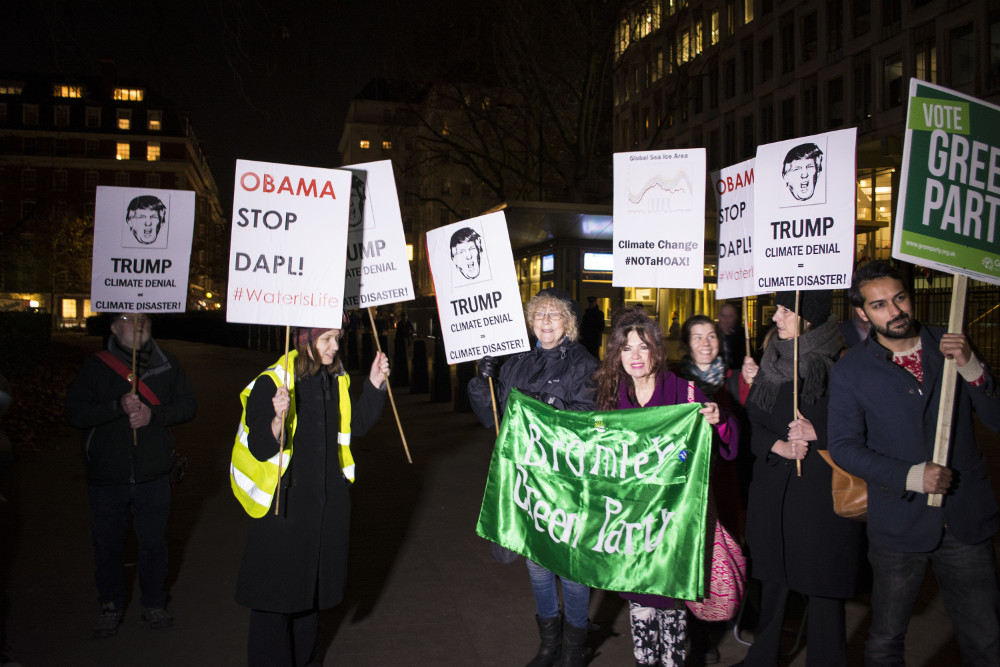 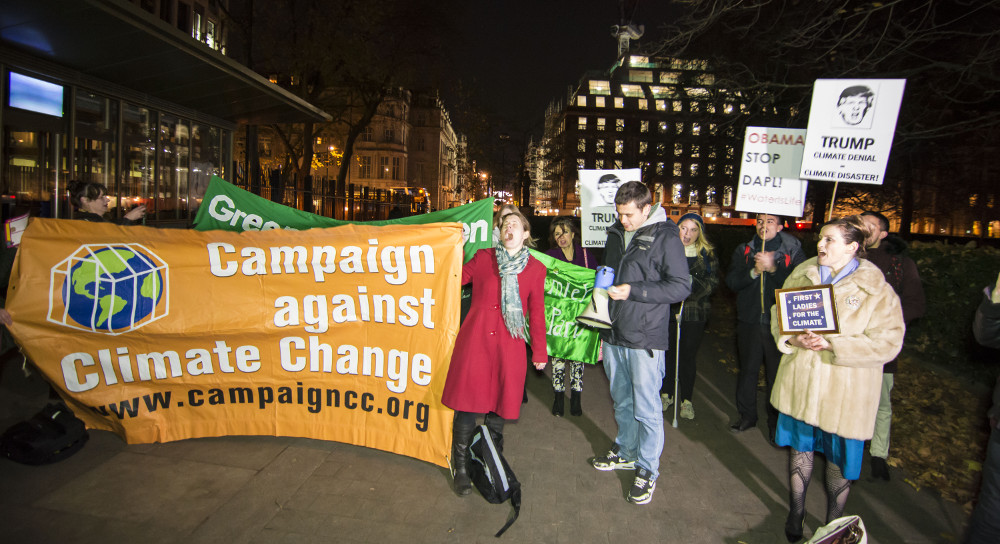 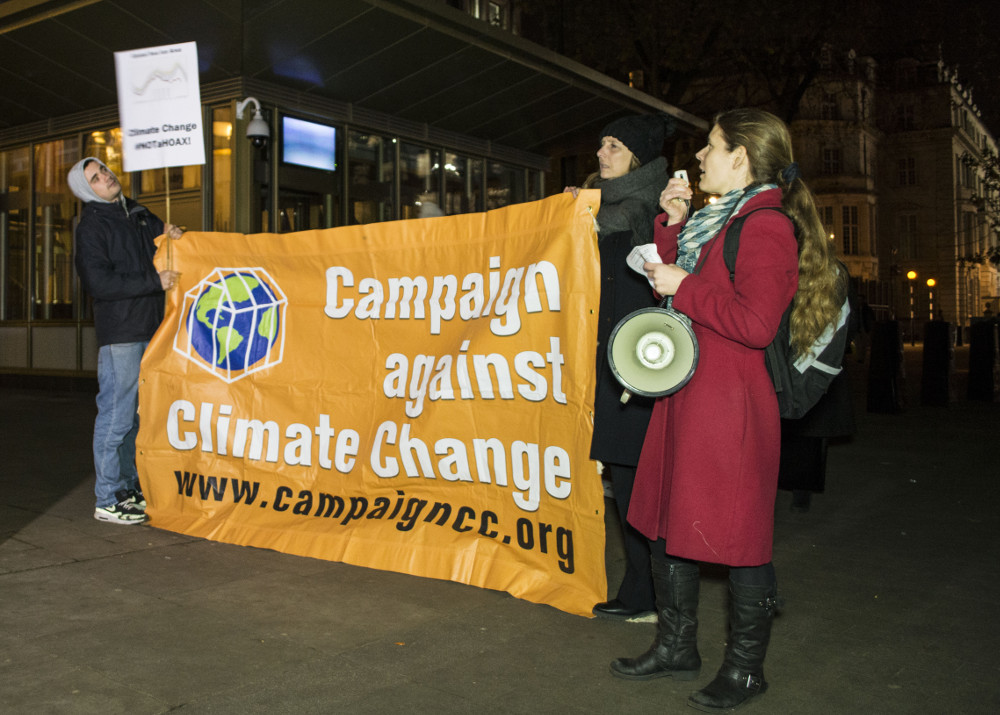