Together against Trump - for a safe climate

Just over a year after announcing US withdrawal from the Paris climate deal, Donald Trump visited the UK for the first time.

Before the visit, he proclaimed 'I think they like me a lot in the UK'.

He was greeted with hundreds of thousands of people protesting against him in London, Blenheim Palace, at Chequers and in Scotland, as well as other solidarity events taking place around the country.

On the evening of his arrival, a 100 metre long banner with the words 'Trump: Climate Genocide' was unveiled opposite the Houses of Parliament at 7:45pm (see picture above). As it happens reception for US dignatories was happening in the Terrace Pavillion, the section of Parliament that overlooks the river, at the same time. Apparently complaints were made...

The official estimate is that approximately 250,000 people marched in London - an extraordinary turnout for a weekday. Below just a few pictures from that day. 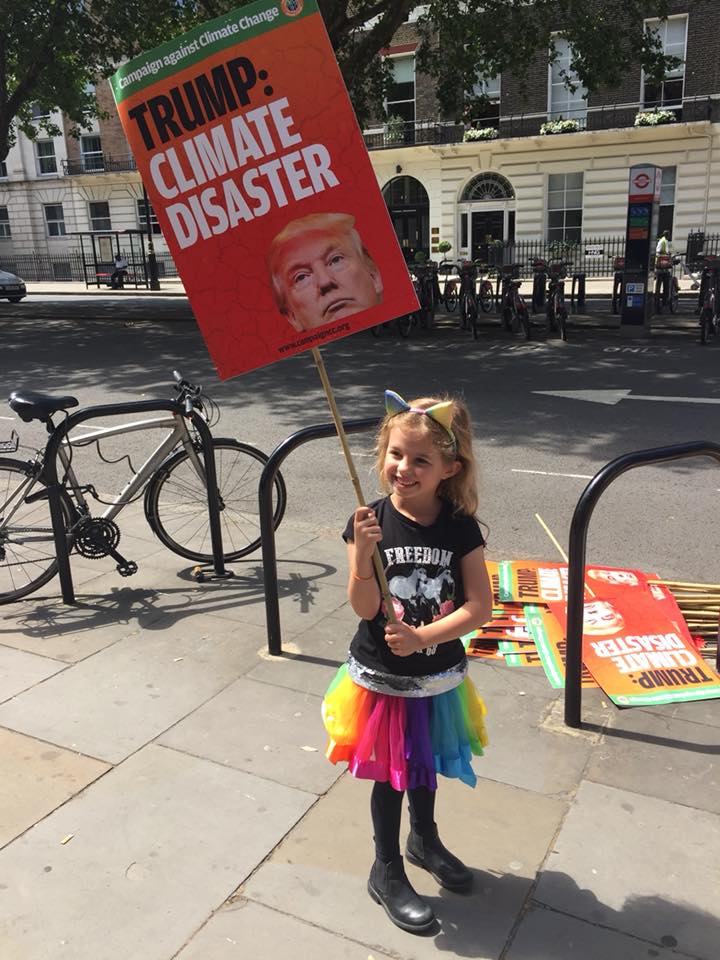 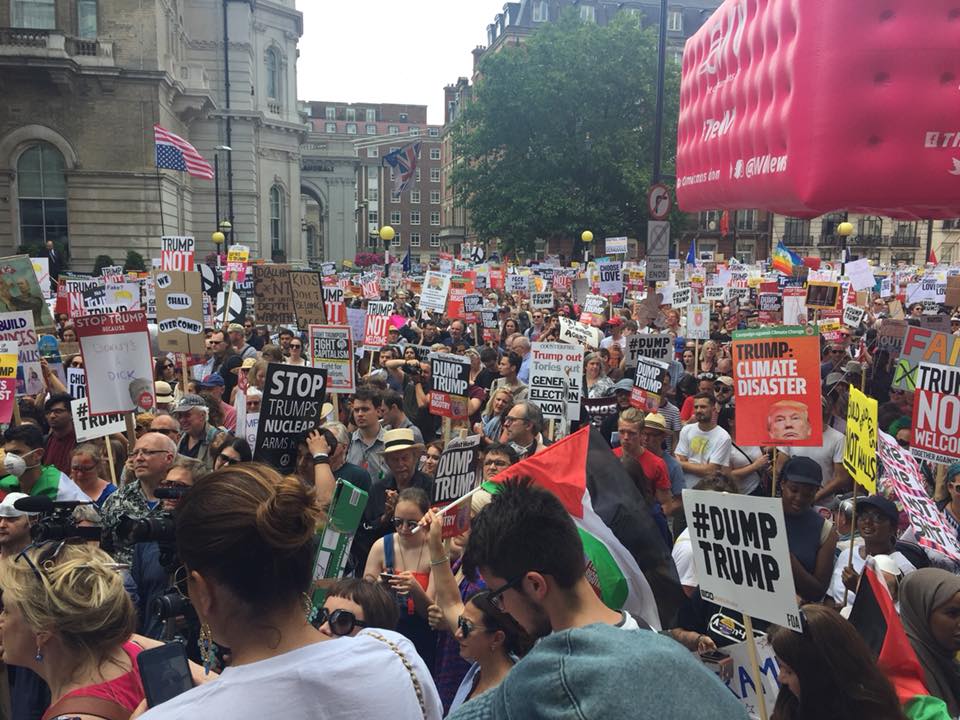 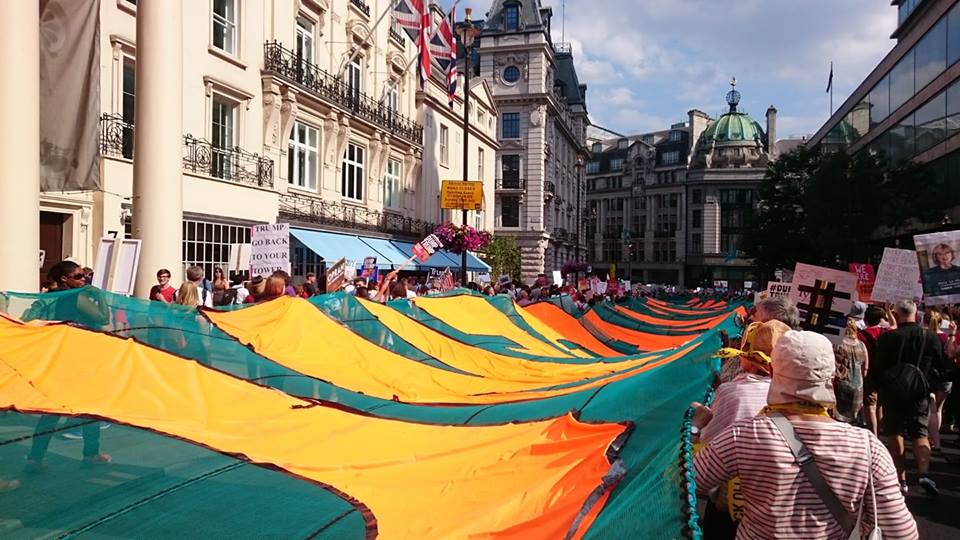 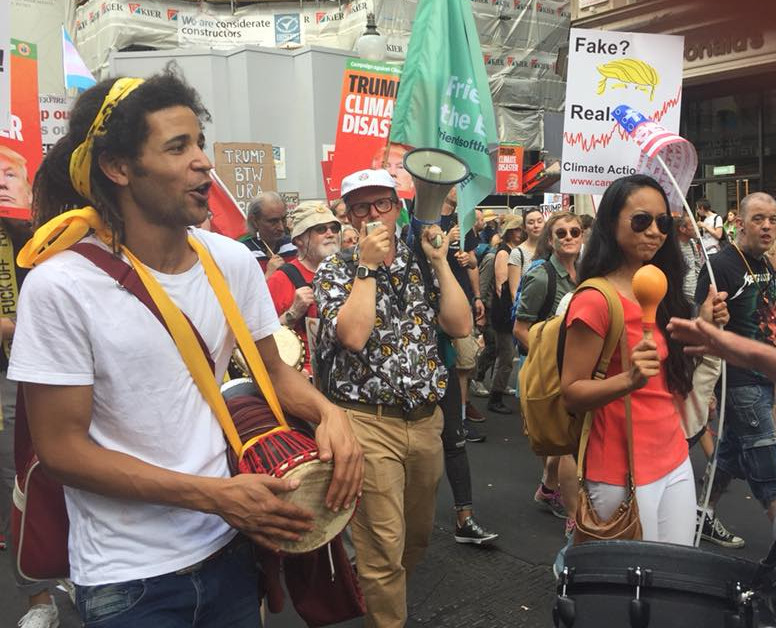 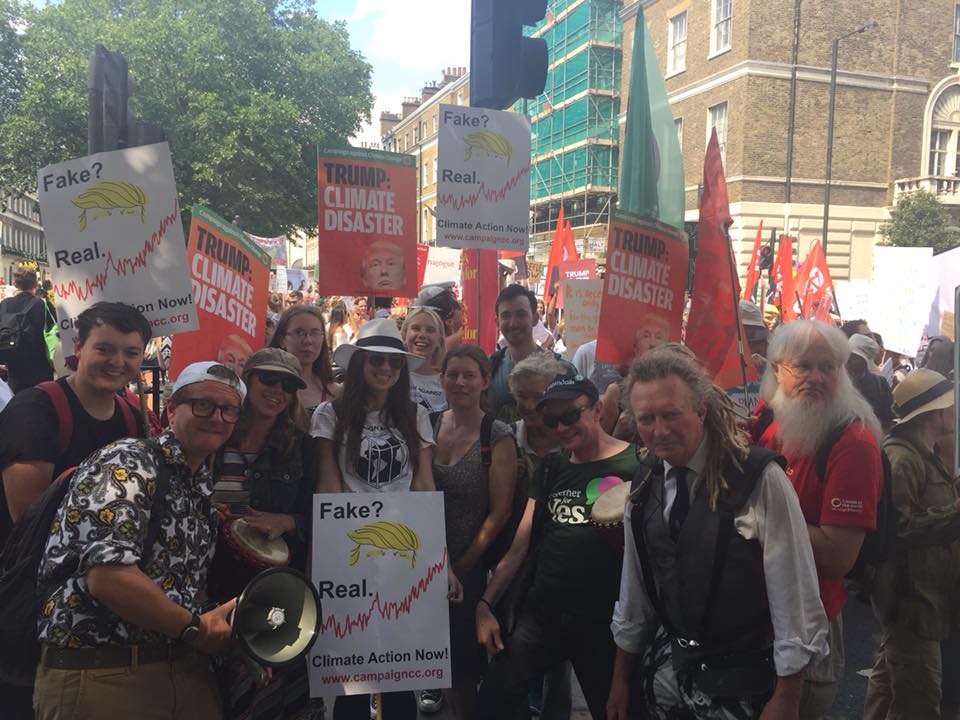