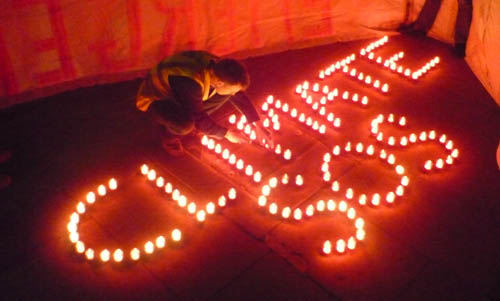 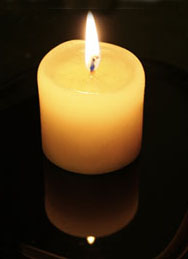 the night was action-packed with never a dull moment. Activities kicked off with "Join the Mutiny" speed debating, followed by 'Poetry Time' (Helen Moore, Niall McDevitt, Tim Padmore) then the disturbingly moving "Funeral for extinct species" (Feral Theatre), John Hogget's "Ritual of despair and empowerment" and  a Climate Change pub-style quiz organised by Jonathan Whittaker. Ongoing through the night meanwhile was Luke Smith's bicycle powered photographic " messages for the new prime minister", Jonathan Whittaker's Mural-making, Tim Padmore's "The Plinth" and "Poems for the new Prime Minister", Luke Smith's bicycle powered printer printing out messages to the Prime Minister written on a chalkboard, and a recycled material craft session. Altogether there was a lively yet laid back atmosphere where people manged to forget that the normal state for that hour is unconsciousness...!  Between the hours of one and five we created our own unique, slightly surreal but inspirational, space... while keeping alight the flame for action for the climate emergency...

Finally dawn brought a tremendous finale to the night with Letty Stott unleashing the deep, powerful and moving tones of the alphorn - a call for the dawn of a zero carbon era which echoed off the Houses of Parliament and around Westminster. After this unique and inspirational moment the still-quite numerous crowd trooped off over Lambeth Bridge to St Jude's Community Hall for a communal breakfast... until awareness of the lack of sleep began finally to penetrate and folk began to disperse homewards to sleep at last...

View in a larger map

12.00 midnight  Candlelit Procession for the Climate down Whitehall.

12.30 - 5.00 am  Overnight Vigil at Old Palace Yard, outside Parliament. 'Art and Empowerment' events through the night. Detailed timetable here.

5.00 am 'Zero Carbon' Dawn - Laetitia Stott, Guildhall music student will play an inspirational 'Call to action,' including a serenade on an Alphorn, calling across the city for a Zero Carbon Dawn.

Weight:
24
‹ Bolivian 'People's Climate Conference' - what does it mean for us? up A rising tide of lies, ignorance and disinformation on climate change… where is it coming from? ›