Agrofuels (biofuels from agriculture and forestry) are increasingly being burned as a supposedly 'green' alternative to fossil fuels. However, because of emissions from deforestation and intensive agriculture, they can be at least as damaging to the climate as coal, oil and gas. Find out more about biofuels and climate change

Object to Barnsley biofuel power station. This would burn about 10,000 tonnes of vegetable oil every year, most probably palm oil.

Object to a biofuel power station in Llangefni, Anglesey. This would burn around 24,000 tonnes of vegetable oil a year. Again, this could be palm oil.

The government will shortly be consulting on subsidies (ROCs) for biofuel and biomass electricity. Our partner Biofuelwatch will be holding a public meeting on Tuesday 4 October calling for an end to these subsidies. There will also be a demonstration - more details here and from Biofuelwatch as they become available 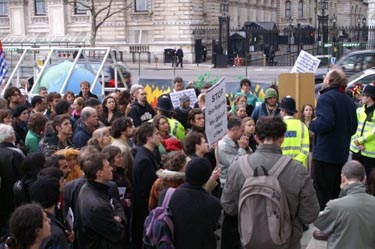 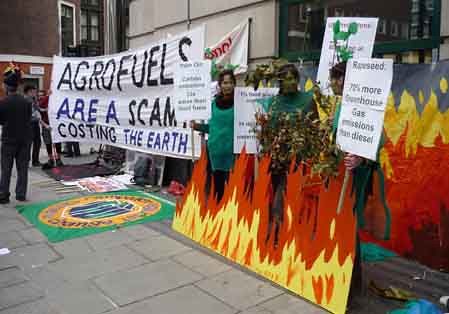