As well as the London march Going Backwards events were held round the country on 7th and 8th May.

This is an ongoing campaign, if you're interested in holding a public meeting or even just a stall on your high street, get in touch! info@campaigncc.org 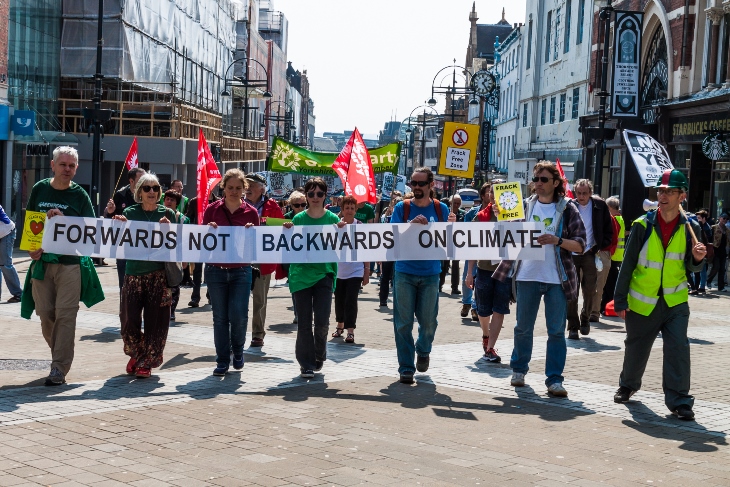 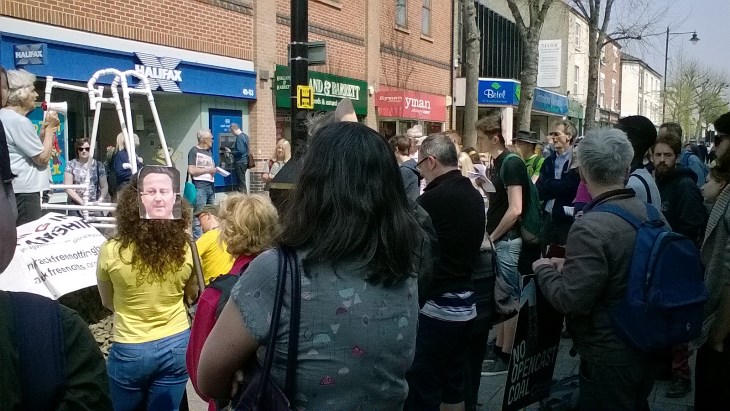 Meeting in Beeston High St just outside Nottingham on Sat, there was a lively protest attracting much public attention about how the Tories have undone actions to limit climate change since they were elected a year ago. Over 50 protesters, many wearing Cameron masks staged a walking backwards protest for the media before marching to Anna Soubry MP's (minister for business) constituency office to deliver a letter of protest. Diverse Protesters, + many young people, were  from a variety of local environmental groups with speakers from Frack Free Notts, Nottm Global Justice Now, local anti TTIP campaigners, The Green Party, a local Labour Councillor and neighbouring Derby campaigners. 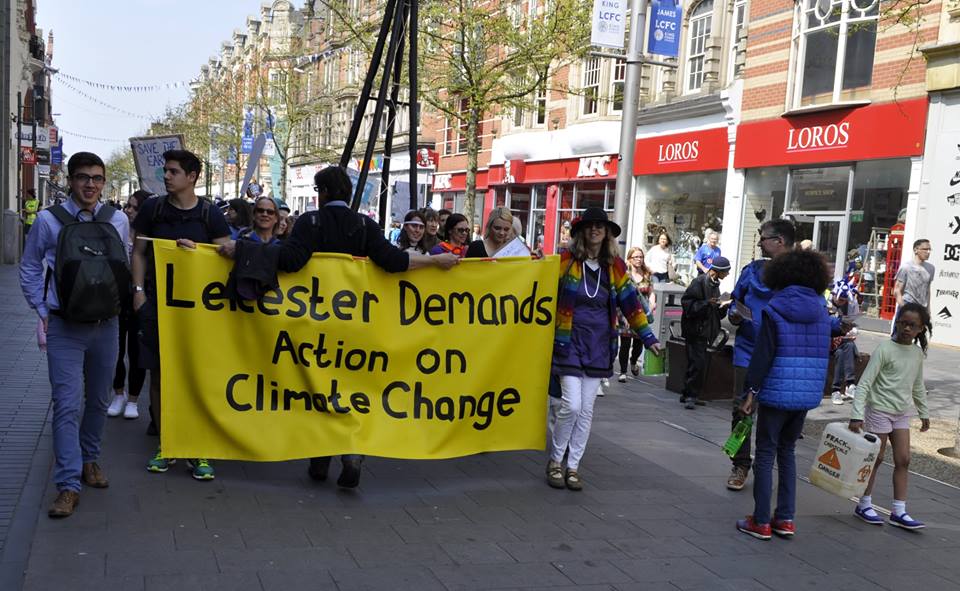 Some 50 marchers (many walking backwards or with backwards outfits) through the town centre certainly caught the attention of shoppers, bringing the campaign to interested passers by. A group also took the message about not investing in climate change to a local Barclays branch after the demo. More on Facebook 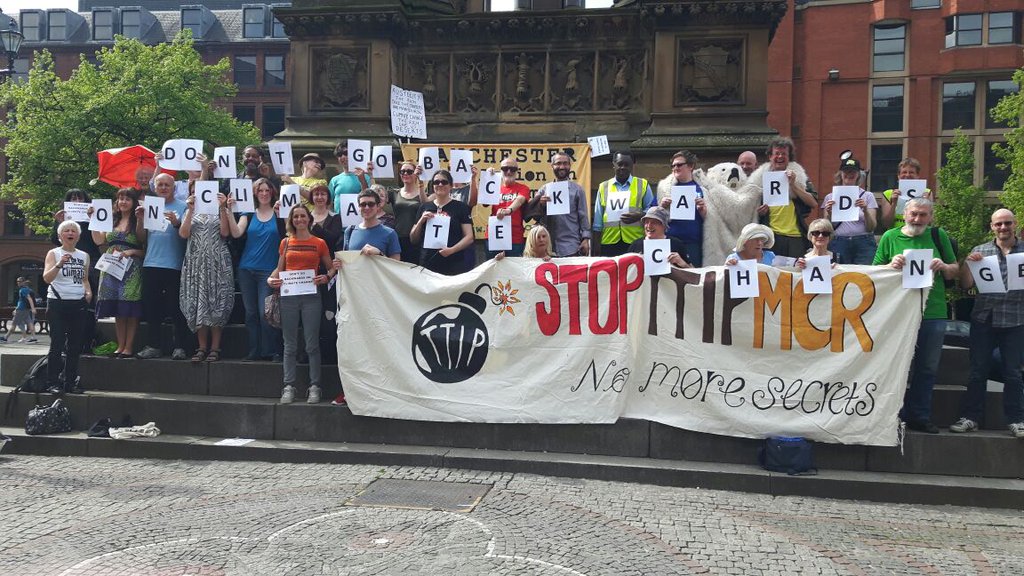 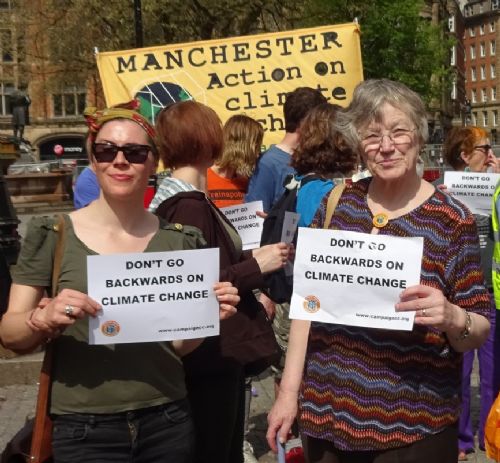 In Manchester's Albert Square, speeches called for urgent climate action with a particular focus on  the Boxing Day flood in Salford. At 3pm with the bells of Manchester Town Hall ringing, the campaigners walked backwards around Albert Square. Report in Salford Star here & video

The march assembled in Castle Park at 12, to set off at half past, heading around the centre and then to College Green for a rally: Pictures to come! 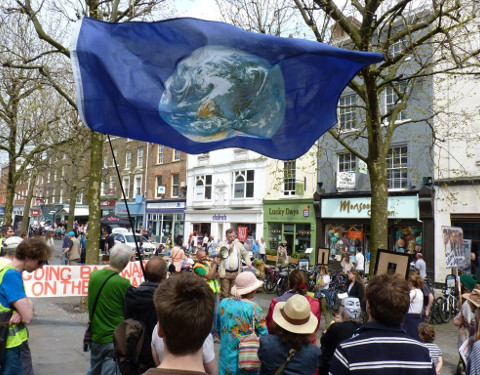 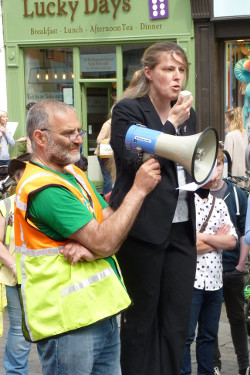 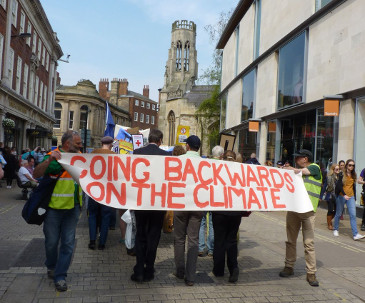 Saturday 7 May, Going Backwards event, 2pm as part of Sidmouth Sea Fest at The Ham, Sidmouth.