With the Climate Act under threat from a ‘dash for gas’ and planned introduction of wide-scale fracking in the UK, we felt it was time to Get Fracktious on 1 December. With our 7.2m fracking rig, we took a clear message to Parliament - "No Fracking in the UK", a message backed up by other actions around the country, and one that was picked up by the BBC amongst others.

Earlier in the day, we built a "Grosvenor Square Keystone pipeline" between the US and Canadian embassies, in solidarity with activists in North America resisting the export of polluting tar sand oil via the real Keystone XL.

Thanks to everyone who worked hard on the day and in the hectic weeks beforehand! 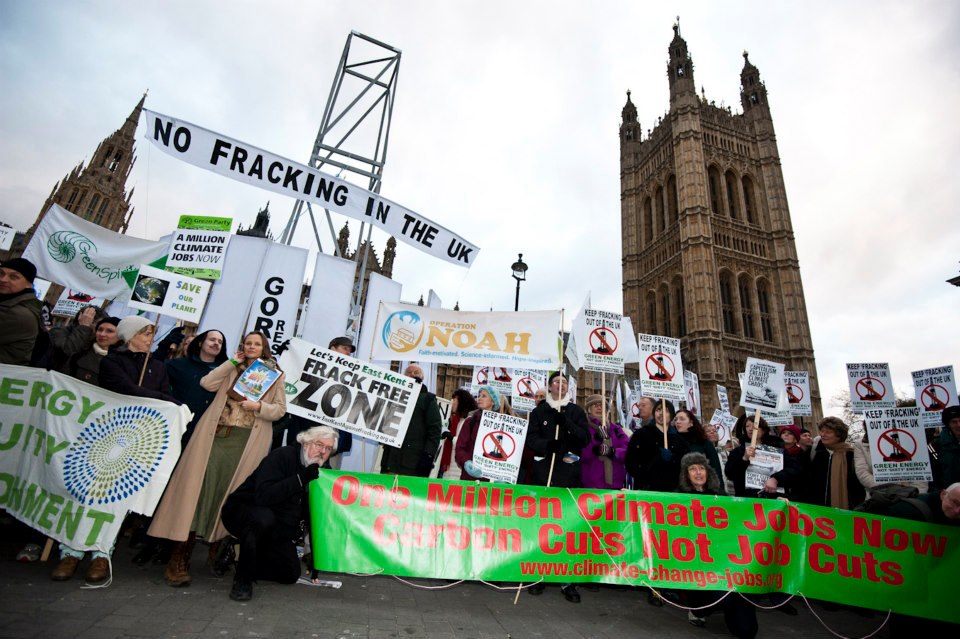 Highlighting the crisis of the melting Arctic

This summer, we faced the clearest sign so far that we have changed the physical make-up of our planet. Arctic sea ice extent crashed through the previous minimum recorded – and then kept melting rapidly. On 26 August, the day after we knew that the record had been broken, CCC activists took an iceberg to Downing Street: an "Arctic Wake up Call".

By September 19 the ice had reached its minimum for the year – covering just half the area that would be a normal minimum during 1979-2000. Here in the UK, with clashes over energy policy imminent, we decided to remind the Lib Dems of what was at stake by taking another iceberg to their conference. Many thanks to all who donated to enable us to do that.

We also held a packed meeting on the science of the melting Arctic and what it means for our planet, with guest speakers Professor Peter Wadhams and John Vidal. 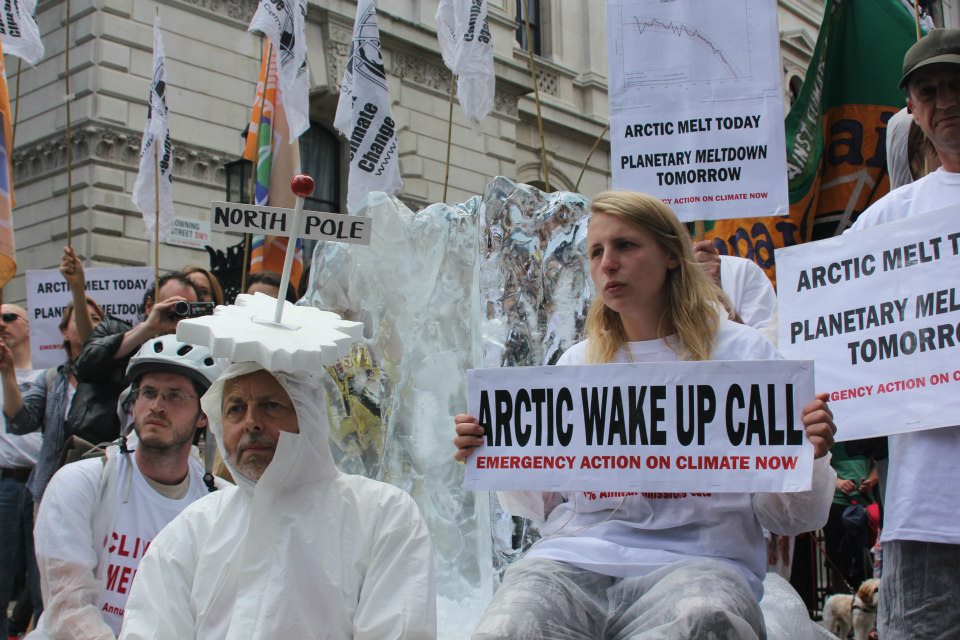 The Alternative Conference for the Rio Summit (16-17 June) was a great success - with hundreds of people attending - on both days. We were lucky to have a broad range of fantastic speakers to share a multiplicity of fascinating insights into the global environmental crisis. 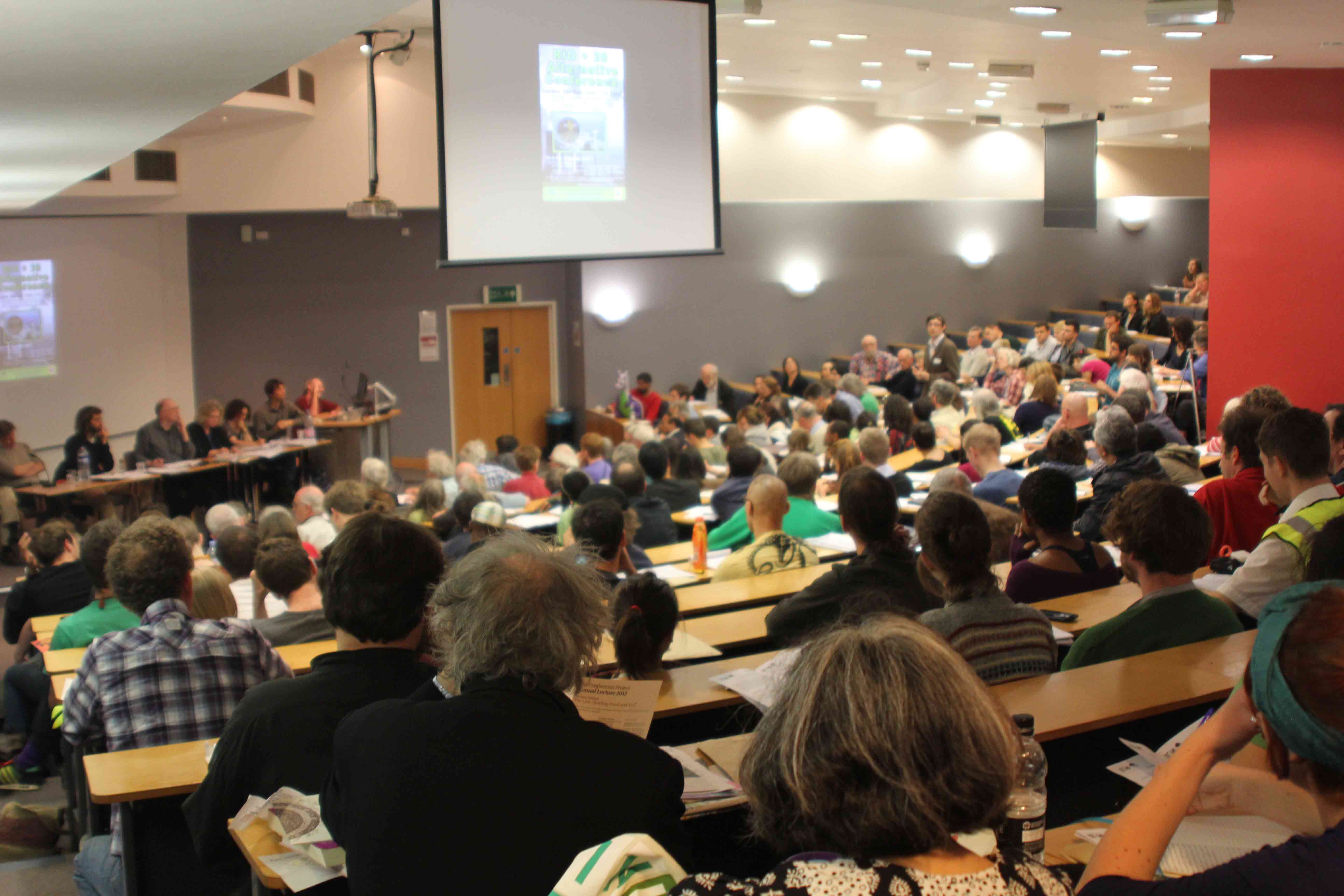 The Climate Jobs Caravan was organised by the Campaign against Climate Change Trade Union Group. Two ‘caravans’ toured the UK from 12-25 May 2012, raising awareness and linking the climate crisis to the misery of growing unemployment. Read more about all the events round the country at /climatejobscaravan 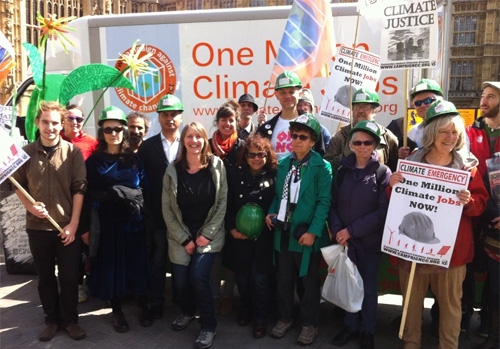 ·         An open letter to the BBC Director General for an end to ‘false balance’ in climate science coverage on the BBC, with over 1000 signatures

·         Through the Trade Union Group, supporting the Climate Bloc at the TUC March for the Alternative

Or drop us a line on info@campaigncc.org to find out how you can get involved.

The Campaign against Climate Change depends on the generosity of its supporters. In particular, those who donate by regular standing order, no matter how small, give the campaign financial security to plan for the future.

To avoid restrictions on ‘political’ activity, we are not a registered charity, which restricts our sources of funding. If you could donate just £3 or £4 a month you can help ensure we can continue campaigning and face the challenges ahead. /join

Weight:
0
‹ 2012 events up Alternative Conference for the Rio Summit ›