On Monday, EU and US negotiators are meeting in Brussels for the second round of negotiations over what has become known as the Transatlantic Trade and Investment Partnership (TTIP).

The purpose of the TTIP is to remove the regulatory differences between the US and European nations but its consequences will run far deeper, as the Democracy Centre says, this is "a privatised justice system for global corporations".  One particular area where the treaty seems to pose an increasingly significant threat is concerning climate action by allowing corporations to sue governments.

Caroline Lucas is so concerned that she has placed and  Early Day Motion, stating;

'Their inclusion would enable foreign investors to file complaints against a national government whenever investors perceive a violation of their rights and that these complaints are filed directly to international arbitration tribunals and completely bypass national courts and the judicial system; believes there is a real risk that these provisions in the TTIP could overturn years of laws and regulations agreed by democratic institutions on social, environmental and small business policy on both sides of the Atlantic'  Caroline Lucas https://edm.parliament.uk/redirect/2013-14/793 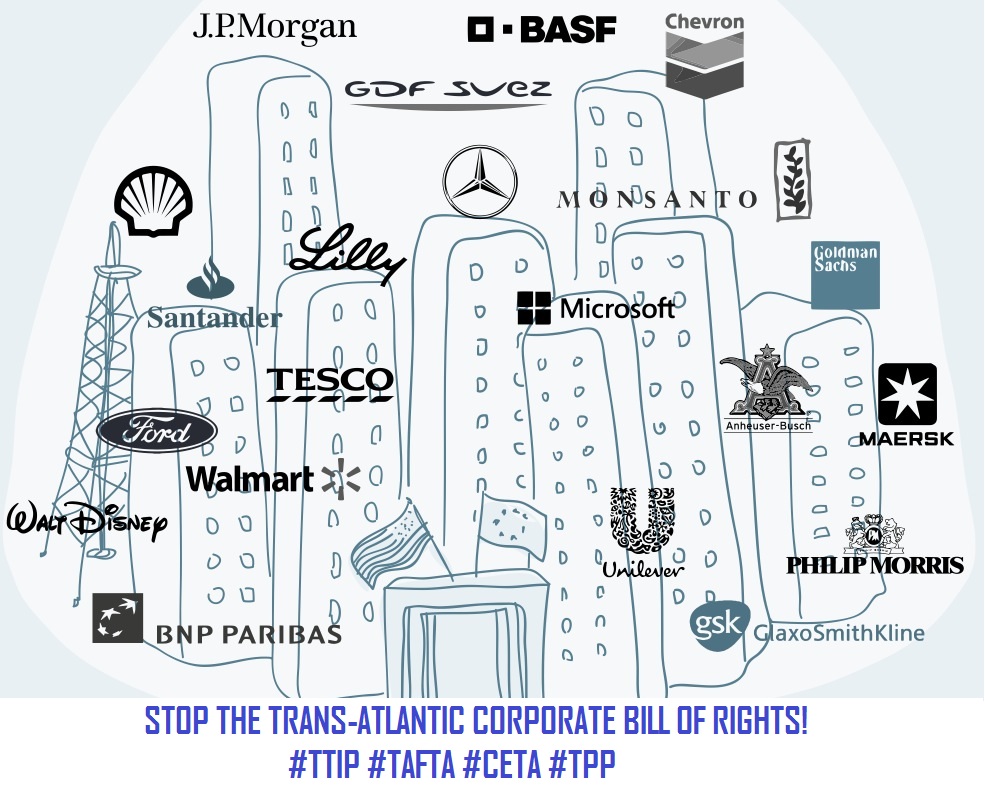 All around the world similar treaties are stripping communities of their rights and overiding the rule of law. In El Salvador, local communities campaigned to persuade the government to refuse permission for a vast gold mine which would have destroyed their local environment. The Canadian company which sought to dig the mine is now suing El Salvador for $315m – for the loss of its anticipated future profits. In Argentina the Government imposed a freeze on people's energy and water bills and was sued by the international utility companies whose vast bills had prompted the government to act.

We cannot let corporations have the power to overturn the laws and regulations agreed by democracy.

350.org have a campaign against the very similar TransPacific Partnership, noting;

'The Trans-Pacific Partnership (TPP) will massively boost corporate power at the expense of our climate and environment, human and workers’ rights, sovereignty and democracy. We strongly urge you to publish the text of the TPP as it stands now, reject proposals that would undermine your regulatory power and oppose this corporate power-grab'

We urge all of those in the UK to contact  your MP and ask them to sign EDM 793  by Caroline Lucas, opposing the Transatlantic Trade & Investment Partnership.