THE BATTLE FOR BALCOMBE: PEOPLE OF SUSSEX DECLARE CLIMATE EMERGENCY 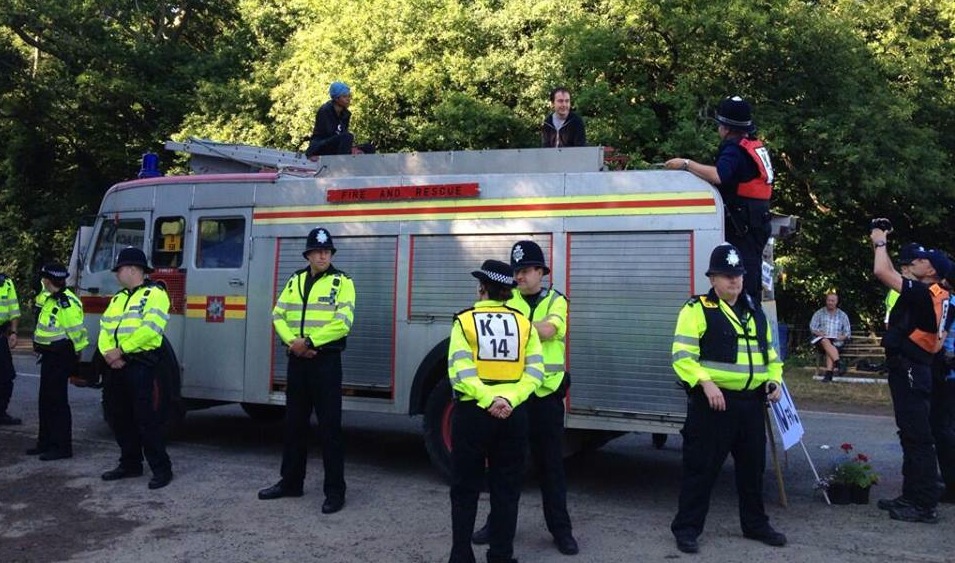 An emergency vehicle, staffed by four women and two men, is blocking the entrance of Cuadrilla’s fracking site. The group, supported by local residents, are preventing unconventional oil and gas exploration, to reduce emissions and highlight the climate emergency we are all facing.

82% of Balcombe residents oppose fracking. But the government continues to support it with generous tax breaks and lax regulation. George Osborne, whose father in law is a gas lobbyist, has positioned Britain "at the forefront of the shale gas revolution". There are now few ways local people can legally oppose onshore oil and gas.

Ian, 52, one of the protestors from Sussex, says “I love my county and I don’t want to see it industrialised. The government is ignoring local people and the realities of climate change. As oil and gas reserves dwindle this Government is acting like an addict in its relentless search for more fossil fuels.  We should invest in renewables now – giving them the same tax breaks and planning overhaul that fracking enjoys....”

Protests at the Cuadrilla site in Balcombe are now entering their 8th day, as local community groups unite to oppose the destruction of their village and countryside. Cyclists from across the country are expected to converge on the site this Saturday in support of Balcombe.