Find your local strike here. Adults are invited to come along to show support - do read this guide produced by the school strike organisers about how adults can best support them on the day and in other ways.

Please support if you can the crowdfunder to help cover costs for this ongoing movement.

24 May; Another massive global strike by school and college students.

With over 30,000 young people protesting around the UK demanding action to halt climate change: Guardian report here: schoolchildren go on strike across world over climate crisis

12 April: Young people take to the streets again in their thousands.

A series of very lively, very vocal protests with a particular focus on getting the government to adopt a Green New Deal. The youth strikers in the UK have looked across the Atlantic, where the Sunrise Movement, led by young adults, has propelled the Green New Deal into a serious political bid to tackle the climate emergency. Green New Deal for the UK. 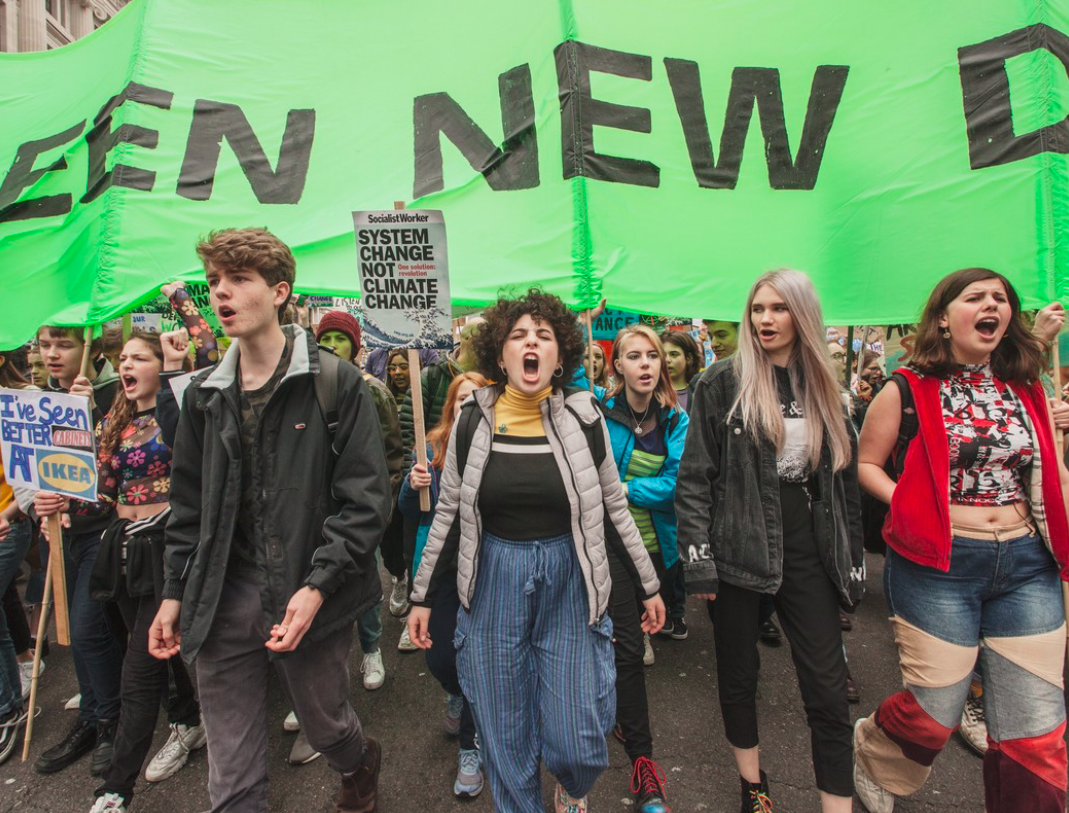 15 March: around 1.5 million turn out around the world to protest climate inaction.

The protests swept across the globe in at least 100 countries - from Australia, where 150,000 defied a government ruled by the coal industry, across Asia, Africa and to Europe, where city squares and streets were packed in Italy, Germany, Switzerland, France, Belgium, in the UK (the video below shows the passion, commitment and energy at the London protest) and on to North and South America.

Video below from London protest: